Veteran or Active Military with hearing loss or tinnitus?

Are you eligible? Take the QuestionnaIre!

‍If you or a loved one have suffered a hearing loss injury due to earplugs while in the military, you may be entitled to compensation. Read further and contact Arkansas attorney Jim Jackson immediately for a free case review.

In July 2018, 3M Company agreed to pay $9.1 million to resolve allegations that it knowingly sold defective earplugs that did not work as designed. Their decision to sell the dual-ended Combat Arms Earplugs (CAEv2) to certain branches of the military despite knowing about the potential defects put soldiers at a heightened risk of hearing damage. 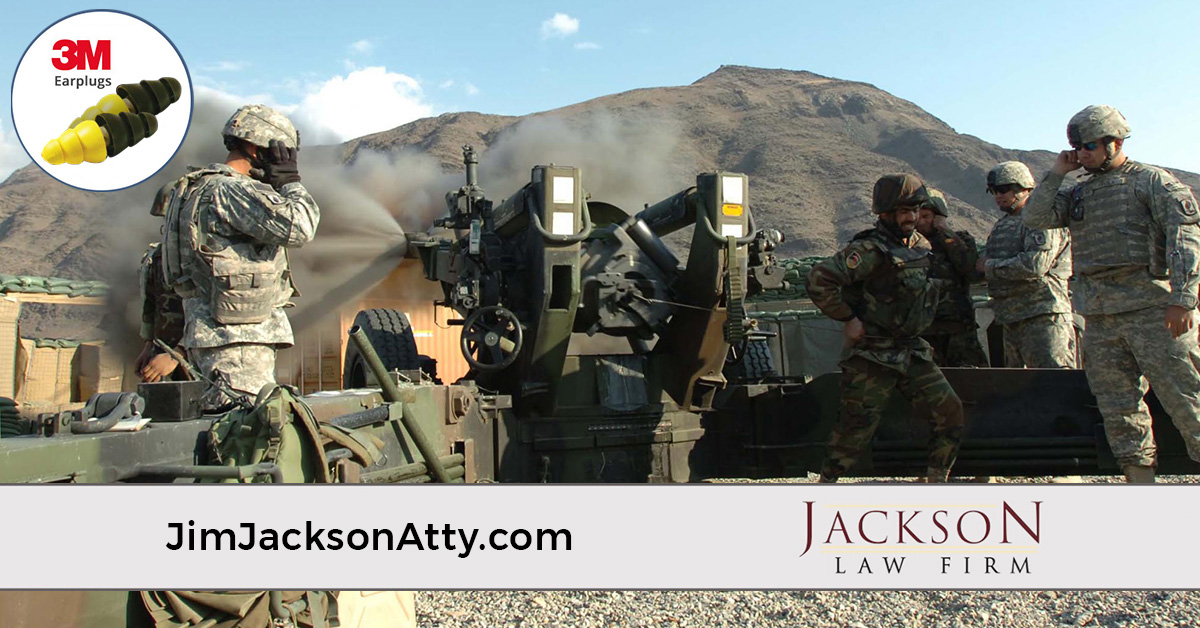 What are 3M Combat Arms Earplugs?

3M Combat Arms Earplugs are dual-sided earplugs made specifically for soldiers in combat. The product intended to be used as follows: wear the earplugs with the dark side in, called the “closed position,” to block out all sound, including that created by aircraft, machinery, armored vehicles, explosions, and gunfire. Wear them with the yellow side in, called the “open position,” to block out loud sounds, but still allow softer sounds, like spoken commands and enemy movements, to be heard.

However, even if using the product as intended, soldiers were still at risk of developing hearing damage due to known defects in design.

In 2003, the government put out the Request for Proposal (RFP) looking for an earplug provider and awarded the contract to 3M, making the company the exclusive provider of selective attenuation earplugs to certain branches of the military for years. While the contract was awarded in 2003, 3M knew as early as 2000 of defects in the earplugs that would leave soldiers at risk of developing hearing damage.

3M never revealed the problems associated with their earplugs. Instead, they profited from their sale while putting soldiers’ health at risk. It wasn’t until the whistleblower lawsuit was filed that the issue came to light.

If you or a loved one used 3M CAEv2 earplugs while performing military service and suffered hearing loss, tinnitus or other hearing problems, you may be able to file a 3M CAEv2 earplug lawsuit to recover damages. Little Rock attorney Jim Jackson is currently investigating these cases, and will work to help you receive the compensation you deserve.

Schedule your FREE CONSULTATION at Jackson Law Firm by calling 501-823-3610 or by completing our online contact form.