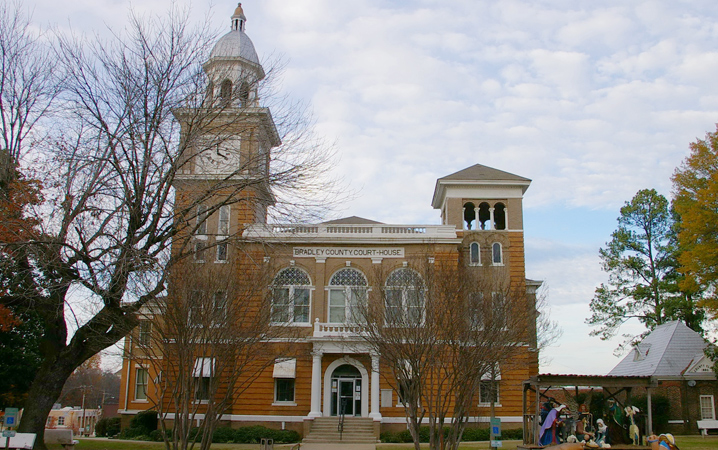 The Legend of Bradley Warren

The Bradley County Courthouse in Warren is one of the most beautiful courthouses in the State, and like most of the Arkansas Courthouses I go to, it has more than a few great stories within it's walls. In this case, the story was quite literally hidden in the walls.

Let me explain. Bradley County was clearly named after "Captain Hugh Bradley." There is a Memorial Marker on the courthouse lawn for Hugh Bradley. However, the explanation for how Warren got it's name has long been a subject of debate. Most people believed the town was named after Bradley’s close friend, Edward Allen Warren, who practiced law in Camden, and eventually served as a U.S. Representative. But according to local family lore, it was also believed to be named after Bradley’s slave, Bradley Warren. Not much is known about Bradley Warren, but the mystery of how Warren was named was recently solved in 2015, when a time capsule was discovered in the Courthouse. In the time capsule was a letter from Hugh Bradley, Jr. that confirms that Warren was indeed named after the Warren Bradley. Ironically, a film about "Captain" Bradley finished filming just two days before the letter was found. The letter is fantastic. To read more about it, click here.